ABOUT THE FIGHT FOR KIDS

Fight For Kids was launched in 2006 by the Citizens Commission on Human Rights® (CCHR) International, the world's largest non-profit, non-political, mental health industry watchdog.  At that time, CCHR had been contacted by parents who had been coerced or pressured to administer psychiatric drugs to their children or have their children forcibly removed from school.  Often times parents refusing to drug their child could face charges of medical neglect by Child Protective Services.  This was despite the fact that:

1)  The parents were being charged with medical neglect based on a diagnosis of "mental disorder" that cannot be medically or scientifically proven.  So this cannot constitute medical neglect.

2)  The psychotropic (mind-altering) drugs parents were being pressured or coerced to give their child were documented by drug regulatory agencies to have serious and even life-threatening side effects.

Due to CCHR's Fight For Kids campaign helping parents, medical experts and other patient advocacy groups speak out about these abuses, state and federal legislation was enacted to protect parents from being forced to administer dangerous mind-altering drugs to children as a condition of attending school.

It was also due to CCHR's Fight For Kids campaign and Freedom of Information Act (FOIA) requests to all U.S. states, that documentation was obtained showing 19 states are currently electroshocking children, including 7 states electroshocking children aged 0-5.  By distributing this documentation to state legislators across the U.S., 19 states have begun taking action to ban this brutal practice on children.

‍See our IMPACT section for details>> 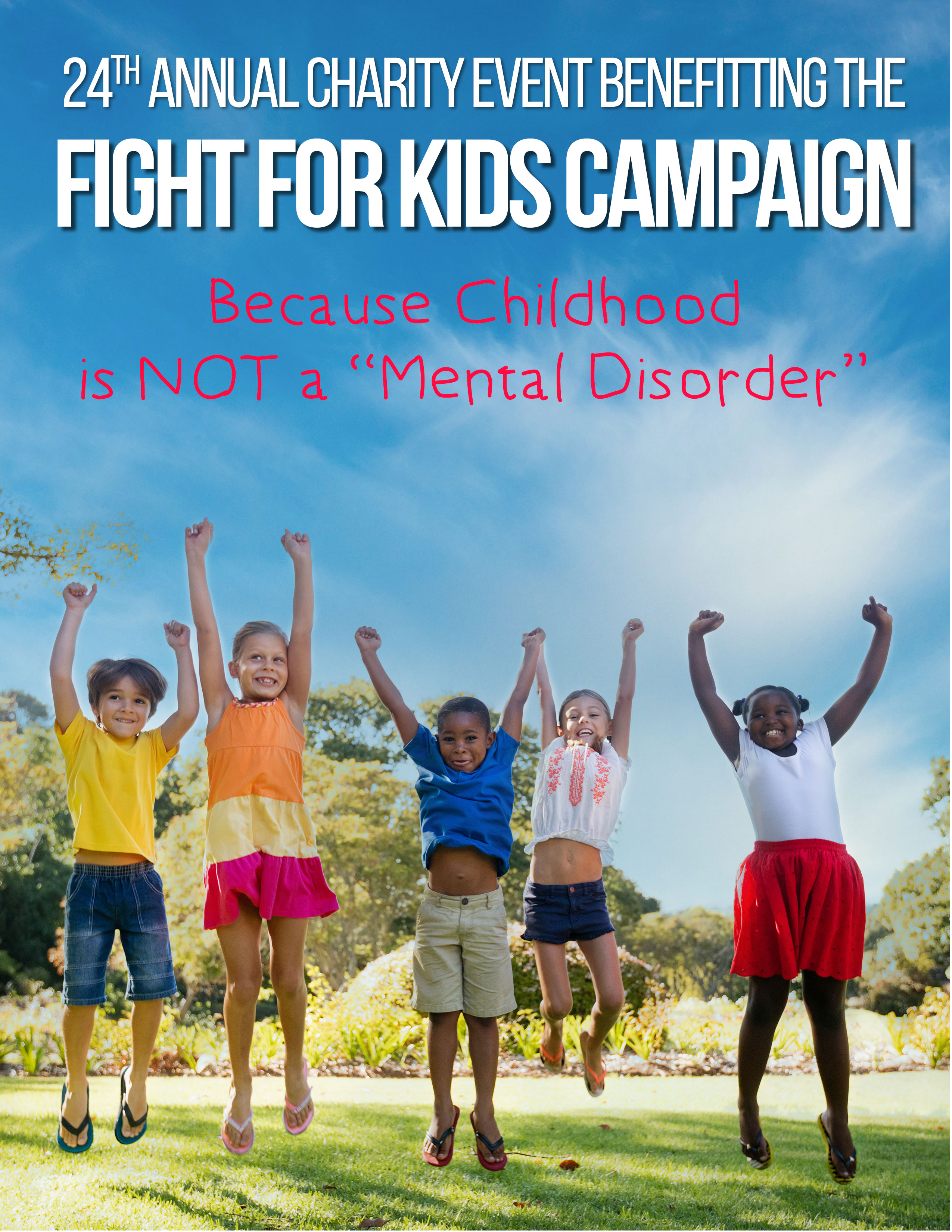 Thank you for a successful Fundraising drive

We wish to extend our heartfelt appreciation to all of the supporters and businesses which have supported the 2020 Annual Fight For Kids fundraising drive.   Due to their passion, dedication and hard work, they have helped fuel a global movement in the Fight For Kids, as all children have the right to grow up label and drug free.

The Fate of the future is in your hands